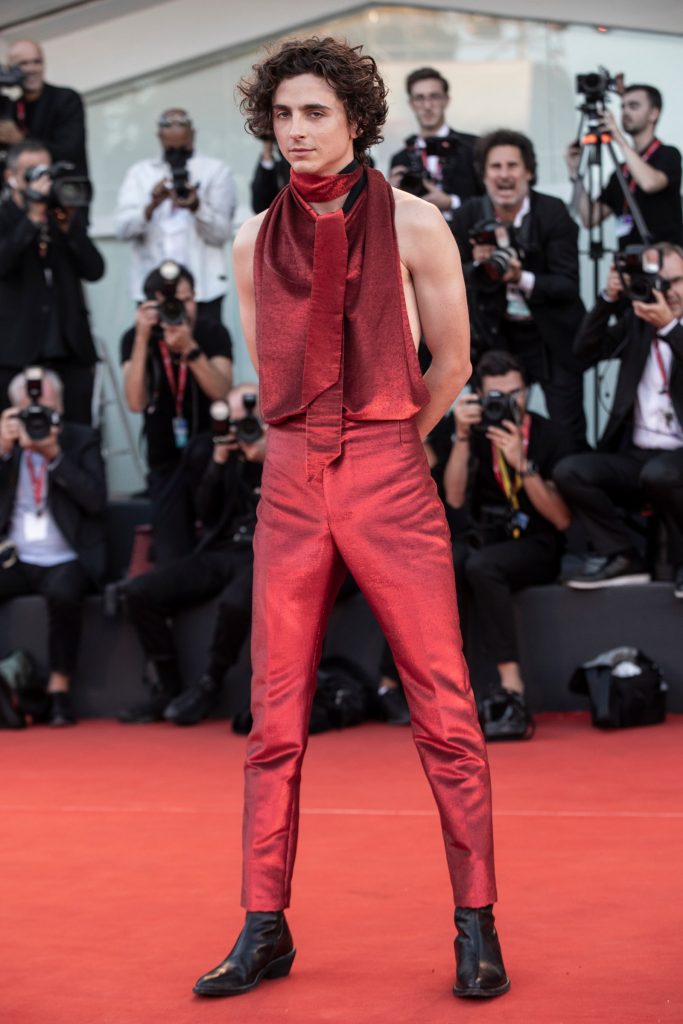 There’s nothing in menswear quite like a Timothée Chalamet promotional run. At 26, he’s one of our finest young actors, and certainly one of the most committed to going for it, sartorially speaking. And go for it he did on the red carpet at the Venice Film Festival, hitting the premiere of his new film Bones and All in a sleeveless, backless, scarf-included, bright red top-and-pants look from his buddy Haider Ackerman. It’s a whole lot of look, and everything we’ve come to expect from the Timothée Chalamet Red Carpet Experience™: bold, fun, attention-getting, and never too self-serious.

His formal looks have of late not relied on conventional shirting: recall that he hit the Oscars in a glittery black Louis Vuitton womenswear jacket. And off the carpet, he’s been leaning into what our Samuel Hine called his “post-swag era,” in which our star “looks more like a Gallatin student on a hungover bagel run” than the swashbuckling movie star he is. Even with the premiere now in the rearview, we have a feeling this won’t be the only wild TC outfit we get from Venice. Keep an eye out.