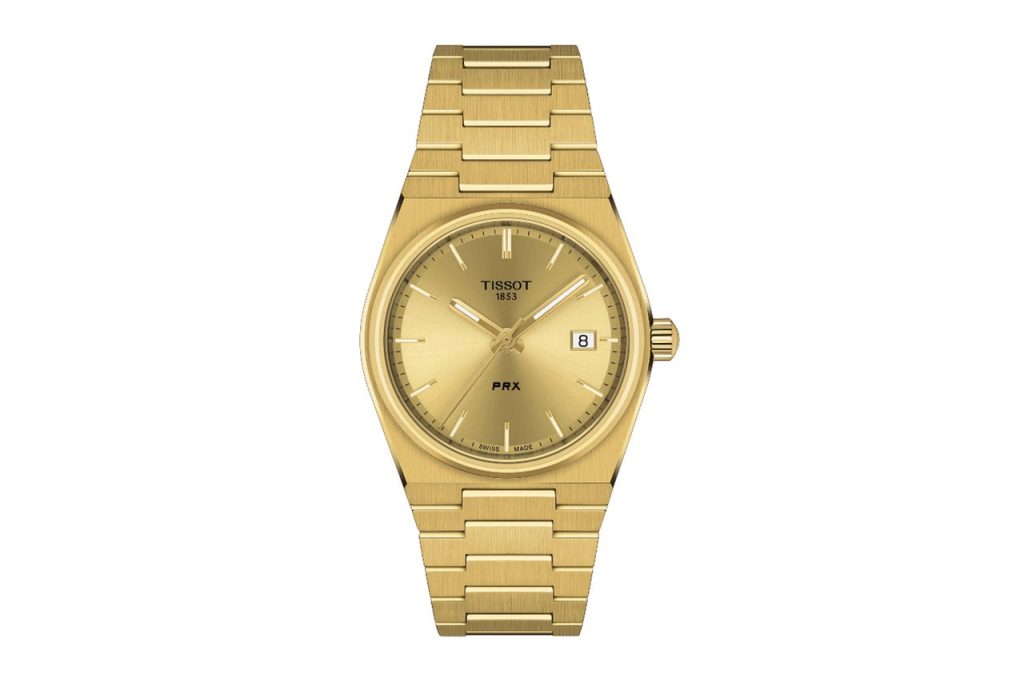 At this point in the ongoing ‘70s watch renaissance, you’ve probably got a pretty good handle on the major players—the Audemars Piguet Royal Oak and Patek Philippe Nautilus, to name two particularly era-defining examples—along with under-the-radar options like the Girard Perregaux Laureato and the Vacheron Constantin Historiques 222 (which also happens to be one of the hottest “new” watches of 2022). With their chunky bezels and integrated bracelets, they perfectly encapsulate the decade’s freewheeling energy—but their grail status also means you can expect to pay well above retail on the gray market. Don’t sweat it, though: if ‘70s vibes are very much your jam but you don’t have a mid-five-figure budget to blow on your next timepiece, the Tissot PRX boasts all the features that make the decade’s watches cool, plus an ultra-affordable sticker price.

The PRX launched last year as both a quartz and automatic, quickly becoming one of the most popular models in the expansive Tissot lineup. For all of its merits, keen-eyed watch nerds (hello!) still managed to quibble over what the reboot didn’t include: namely, a smaller—and more authentic—case size, and a full-gold PVD option (because nothing says peak ‘70s glam like a gold-on-gold watch). Fortunately, the latest version addresses both of those minor hang-ups, via a pitch-perfect tribute to swinging ‘70s design that still costs well below $500.

The new PRX features all of the details that made the initial reboot such a hit—a clean, modern dial, integrated bracelet, and quartz movement—but at 35mm across the case, it’s significantly more compact than its 40mm counterpart. 40mm might be standard for men’s watches today, but back in the ‘70s a case of that size would’ve appeared unusually large (the first Royal Oak, which had a 37mm case, was nicknamed “The Jumbo” for that reason).

That makes the new 35mm case a more accurate homage to the original—not to mention a better fit for anyone with a smaller wrist. Then, of course, there’s the new gold-on-gold case and bracelet, a combination that’s as unmistakably ‘70s as velour bell bottoms and floppy bow ties, but much easier to wear to the office—and everywhere else, too.