When Tom Cruise portrayed naval aviator Pete “Maverick” Mitchell in the 1986 classic “Top Gun,” it helped inspire countless people to join the Navy. Now decades later, the sequel “Top Gun: Maverick,” is continuing its partnership with the U.S. Navy and could inspire yet another generation to join the armed services.

U.S. Navy veteran Jeff Gage recalled first watching the original blockbuster hit when he was a junior in college with his father — a Navy veteran. Gage would later go on to serve as an aviation officer in the U.S. Navy for 30 years.

“It absolutely was an influence in my decision to serve,” Gage told CBS News correspondent Catherine Herridge. “I would not want to discount probably the more important motivators of, you know, just the sense of patriotism and service to country, but yeah, absolutely, I think that the movie did influence a lot of folks.”

But utilizing the advanced fighter planes came at a cost: A report from Bloomberg revealed moviemakers paid as much as $11,374 an hour to use the aircraft. And before moving forward into production, the sequel’s script had to be submitted for military review so as to maintain the integrity of the armed services, officials said, according to Bloomberg.

Roberts said “Top Gun: Maverick” is the first time a movie has used IMAX cameras inside of the cockpit of aircraft, with some planes having six cameras at a time inside to film. “What was done here was just unheard of,” he said.

Commander of the U.S. Fleet Forces Command Admiral Daryl Caudle said he was “very impressed” with the new film, adding that it provides a “great glimpse” of the reality of naval officers. He along with around 800 sailors were provided advance screening of “Top Gun: Maverick” at an on-base theater Saturday.

“It really demonstrates naval combat power,” Caudle said of the movie. “I thought the storyline was fantastic. What an honor and privilege to be able to see it early.”

Tori B. Powell is a breaking news reporter at CBS News. Reach her at tori.powell@viacomcbs.com 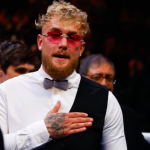 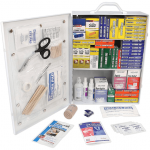 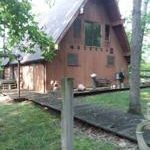 Coles County seeking bids on over 100 properties | Government and Politics