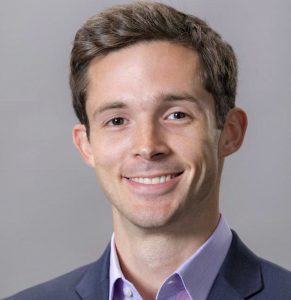 The Springdale-based meat processing, packaging and distribution company announced the executive changes Tuesday (Sept. 27). O’Mara, according to the company, is seeking other opportunities. Glendinning will officially be in the new job on Oct. 2.

Tyson said Glendinning is uniquely equipped to run the prepared foods segment having spent  five years at the company and more than decade at Molson Coors International where he served as president and CEO. He also managed businesses in the United Kingdom and Canada. Glendinning will remain an executive officer for the company.

John R. Tyson, the great-grandson of Tyson founder John W. Tyson and son of board chairman John H. Tyson, will take over Oct. 2 as chief financial officer for the meat giant and continue to lead strategy and sustainability activity. Prior to joining the company in 2019, the 32-year-old Tyson held various roles in investment banking, private equity and venture capital.

The fourth-generation Tyson executive leads Tyson Ventures, a venture capital fund investing in companies developing new technologies, business models and products to sustainably feed the growing world population. He has bachelor’s degree in economics from Harvard University and master’s degree in business from Stanford University. He serves on the board of Winrock International and is a member of the Council on Foreign Relations.

John R. Tyson will receive additional compensation for his new role as CFO, his base salary will be $650,000 with increased bonus potential as part of incentive pay. Beside the higher compensation, the company said there are no other reportable related-party transactions.

Tyson also announced Amy Tu was being promoted to president of International business and chief administrative officer, expanding her leadership role as chief legal officer and secretary, global governance and corporate affairs. Tu joined Tyson Foods in 2018 as general counsel. Prior to that she held global leadership roles at Boeing and Walmart. The international president role Tu is assuming was recently vacated on Aug. 26 when Tyson fired Chris Langholz.

Allan Ellstrand, associate dean for programs and research in the Walton College of Business at University of Arkansas, said it’s not unusual to see Tyson Foods place executives in multiple roles. He said that could be a short-term dynamic until economic and labor force challenges ease.

“The fact that Tyson looked inside to fill these important leadership roles could speak to talent shortage we are seeing in business world as well as the vast uncertainty many companies are facing now with the economy. In any respect, Tyson knows what they are getting from promoting from within and also by elevating their own, Tyson has a better chance to hold on that talent,” Ellstrand told Talk Business & Politics.

With respect to the promotion of John R. Tyson to the CFO role, Ellstrand said the young man has been groomed for the role with his educational pedigree, his family connections and prior-work experience.