Each year the NFL has players who have breakout seasons, emerging to become among the best at their position. Typically those players play a tremendous role in the team’s success, as the win total usually improves thanks to that player’s performance.

Thanks to the success of Patrick Mahomes, Lamar Jackson and Justin Herbert, the Kansas City Chiefs, Baltimore Ravens, and Los Angeles Chargers emerged into contenders in the AFC. The same goes for Joe Burrow and the Cincinnati Bengals and Josh Allen and the Buffalo Bills, two more franchises that transformed their fortunes over the past few seasons.

Those quarterbacks put their teams in position to compete for a title, but which under-the-radar player is going to be the one to take them to a championship?

The AFC has plenty of such players, ones that fans may have heard of, but the entire league hasn’t paid full attention to — yet. Here’s a look at one player on each AFC team who is under the radar at the moment, but set to become a star in the NFL.

By the end of the 2022 season, these players have the potential to become household names.

J.K. Dobbins missed his entire sophomore season in the NFL with a torn ACL, making many forget how productive he was in his rookie season two years ago. Dobbins was the first rookie in NFL history with 800 rushing yards, nine rushing touchdowns, and 6.0 yards per carry average in a season — one of six players all-time to accomplish the feat.

A healthy Dobbins will be a tremendous asset to the Ravens offense. Dobbins is expected to be the No. 1 running back in Baltimore and should get a good number of carries as he looks for his first 1,000-yard season in Baltimore’s run-first offense.

Taron Johnson signed a long-term deal to stay in Buffalo last year, keeping him as one of the key pieces in the Bills’ talented secondary. One of the best slot cornerbacks in the NFL, Johnson allowed opposing quarterbacks targeting him to complete just 48.6% of their passes and compile a 58.5 passer rating when he was the primary defender last year.

With Tre’Davious White and Kaiir Elam in the fold, quarterbacks are going to have to target Johnson in the slot. The more interception opportunities Johnson gets, the more turnovers he can compile. Johnson should be in line to match his career interception total (three) in 2022.

McPherson was 37 of 39 on his field goal attempts since missing two kicks in Week 5 against the Green Bay Packers– an astonishing 94.9% conversion rate. McPherson’s 12 field goals made were the most from 50 yards in a single season in NFL history. He finished 22 of 22 on field goals on the road in his rookie year, including 10 of 10 from 50-plus yards.

Heading into Year 2, McPherson could evolve into a best kicker in football. He’s a true asset for one of the NFL’s most talented young offenses.

Already a big-play threat in Cleveland’s offense, Donovan Peoples-Jones should thrive as the No. 2 wide receiver to Amari Cooper — especially if Deshaun Watson is the quarterback to start the season.

Peoples-Jones has averaged 18.8 yards per catch in his short career. Of players with 75-plus targets over the last two years, Peoples-Jones trails only Marquez Valdes-Scantling (19.0) in yards per catch. With more targets as the second option in what should be a more vertical passing game, Peoples-Jones can emerge as one of the best deep threats in the NFL.

Williams came on the scene in his rookie season, rushing for 903 yards and four touchdowns (4.4 yards per carry) and finishing with 1,219 yards from scrimmage and seven total touchdowns. He finished third amongst all rookies in rushing and third among rookie running backs in yards per carry — while ending up second among rookie backs in yards from scrimmage.

With Russell Wilson in Denver, the offense should open up for Williams to unleash his talents. He’ll be a dynamic pass-catching back out of the backfield in Nathaniel Hackett’s offense and has the potential to be among the league leaders in yards from scrimmage from running backs.

Even though the Texans offense leaves much to be desired, a better offensive line and a year under his belt could set up the quarterback for an even better second season. Whether Mills is a franchise quarterback is to be determined, but the Texans were a significantly better team with him on the field.

Kwity Paye had just four sacks in 15 games last season, yet the Colts’ 2021 first-round pick is set up for a breakout sophomore campaign. The addition of Yannick Ngakoue on the opposite edge and DeForest Buckner at defensive tackle sets up Paye for plenty of one-on-one matchups on the line.

Paye recorded one sack in three consecutive games last season, the first Colts rookie to accomplish that feat since Darius Leonard in 2018. He showcased flashes of his potential, looking to put everything together with a better defensive line around him in Year 2.

Missing all of his rookie year with a Lisfranc injury, the Jaguars offense will be set up for Travis Etienne to shine. Doug Pederson’s West Coast-based scheme will give Etienne plenty of targets in the backfield, especially while James Robinson is taking time to rehab from his injury. Remember, Etienne left Clemson as the ACC’s all-time leader in rushing yards (4,952), scrimmage yards (6,107), rushing touchdowns (70), and scrimmage touchdowns (78).

Etienne should get his fair share of touches until Robinson recovers, as he’s the X-factor in Jacksonville’s new-look offense. Reaching 1,000 yards from scrimmage is not out of the question.

Creed Humphrey was part of the Chiefs’ transformation from the worst offensive line in football in 2020 to one of the best in 2021. He allowed just one sack and 12 pressures in his rookie season (1,394 snaps), grading as the top center in football by Pro Football Focus.

While Humphrey’s rookie season was one of the best for a center over the last decade, his 2022 season could be even better as a protector for Patrick Mahomes. If the Chiefs running backs can up their game this year, Humphrey’s dominant run-blocking ability will be on full display.

Hunter Renfrow had a breakout season in 2021, finishing with an 80.5% catch rate — the second-highest in NFL history for a player with 100 targets (catch rate started being recorded in 1992). His 103 catches were the second-most by any Raiders player in franchise history, as Renfrow finished with 1,038 receiving yards and nine touchdowns as Derek Carr’s most reliable target.

The Raiders now have Davante Adams in the fold to compliment Renfrow and Darren Waller. Renfrow could be in line for an even bigger season in Josh McDaniels’ offense, thanks to having one-on-one matchups in the slot and catching passes in an offense that seeks the middle of the field. Another 100-catch, 1,000-yard season could be on the way.

Asante Samuel Jr. had an impressive rookie season, allowing just a 69.2 passer rating to opposing quarterbacks when he was the primary defender with three touchdowns. His two interceptions also showcased a playmaking ability, similar to when his father was controlling the secondary.

Adding J.C. Jackson at cornerback will give Samuel even more opportunities to make plays. Year 2 in Brandon Staley’s complex defense could help Samuel become one of the breakout cornerbacks in the league.

Who the Dolphins will start at running back remains mystery, but Chase Edmonds is set up to succeed in Mike McDaniel’s scheme. Even though the Dolphins want to throw the ball, McDaniel comes from Kyle Shanahan’s zone-run offense — meaning Edmonds is going to get his carries.

Edmonds averaged 5.1 yards per carry last season and 5.7 yards per touch, seventh amongst qualified NFL running backs. He also finished 10th in the league in yards per carry. Edmonds has the opportunity to thrive in McDaniel’s offense, emerging into one of the most explosive backs in the league.

Damien Harris had his breakout season with the Patriots last year, rushing for 929 yards and 15 touchdowns (4.6 yards per carry). His 15 rushing touchdowns were the most by a Patriots player in his first or second season. Harris also had five 100-yard games last season; only Curtis Martin and Corey Dillon had more such games in a season for the Pats.

As the focal point of the Patriots offense in 2022, Harris appears primed for another double-digit touchdown season and his first 1,000-yard campaign. He’s showcased the talent to become one of the best running backs in the AFC.

Elijah Moore was impressive in the 11 games he played his rookie season, catching 43 passes for 538 yards and five touchdowns. He had 8.0 touches per touchdown, the third-fewest among all rookies that scored five touchdowns in 2021.

Another second-year player on this list, Pat Freiermuth finished with seven touchdowns for the Steelers last year as a top red zone threat in the offense. His seven receiving touchdowns were tied for the fourth-most by a rookie tight end in NFL history and he’s the fifth tight end with 60 receptions in his rookie season.

Freiermuth’s second season should reward him with plenty of targets in the middle of the field for Kenny Pickett or Mitchell Trubisky, becoming the security blanket for either quarterback.

Jeffrey Simmons has already emerged as one of the top defensive tackles in the game, yet some NFL fans probably don’t realize how dominant he was in 2021. A Second Team All-Pro and Pro Bowl selection last year, Simmons finished with 52 pressures and 8.5 sacks with 16 quarterback hits. He was just one of three defensive tackles to finish with 50 tackles, eight sacks, and 15 quarterback hits last season — joining Aaron Donald and Jonathan Allen.

One of the NFL’s best players under the age of 25, a healthy Simmons has shown he’s one of the top defensive tackles in the league. A double-digit sack season will put the league on even more notice. 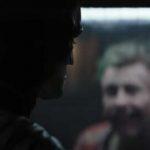 Barry Keoghan Shares Batman Audition Video, Says He Hasn’t Been Asked Back For Sequel Yet