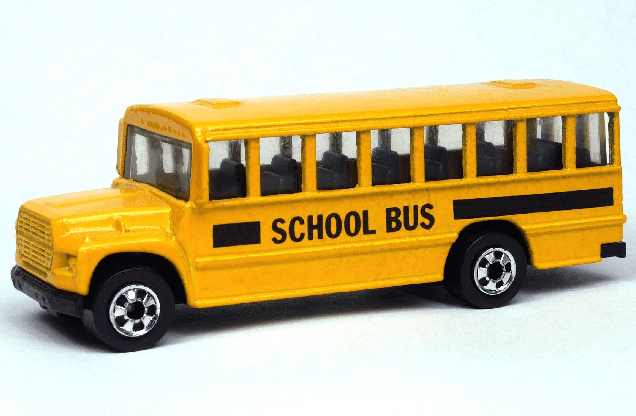 In a tweet posted on August 15, SF Guardians — a political action committee campaigning for the three Board of Education commissioners appointed by Mayor London Breed after a recall election— sought to frame the upcoming election as a contest between “student outcomes” and “performative politics.”

As the candidates and their supporters repeat these talking points in their statements to the media, which then repeats them to a wider audience of voters, I wanted to dig into the assumptions and values that make up this framing.

SF Guardians and others who supported the recall have been pointing to Opportunity Gap reports produced by SFUSD that show statistics like attendance, math, and reading performance by different student racial groups.  The numbers for Black and Latine students are lower than those for white and Asian students. Everyone agrees the numbers show a problem, but there is a big difference of opinion about the what the numbers mean.

As any good data analyst will tell you, it’s not enough to just show numbers, you need a narrative that explains the numbers: What story do the numbers tell?  Creating a narrative is key to the framing of issues.

Viewed through a progressive framing, the numbers tell a story of structural racism. As the title of the report suggests, the purpose of collecting these types of school statistics by racial group is to identify and measure the impact of racist policies and procedures inside and outside of the school that create obstacles to opportunity for some students and not others.

Black and Latine students and parents want to do well in school, but there are things that stand in their way, affecting the material conditions of their lives, which make student achievement harder for them than for others.

Reversing cause and effect

But in the hands of a conservative like Diane Yap, founding member of the Friends of Lowell Foundation and a policy analyst at the right wing Manhattan Institute, the same numbers are used to tell a different story: one that reverses cause and effect. In a Substack post defending appointed Board of Education commissioner Ann Hsu, who wrote in response to a parent group questionnaire that Black and Latine students and parents “don’t value education,” Yap seems to argue that the race of the students and their parents is the cause of worse academic outcomes.

While Hsu apologized for her statement — after four city supervisors called on her to resign — Yap doubles down:

“If we want to measure how much students and their families value education, the chart above [from the opportunity gap report] is a good place to start.”

His [Ogbu’s] conclusion? “Black culture, more than anything else, explained the academic achievement gap.”

Replacing the word “race” with the word “culture” is a polite way to engage in racism while trying to appear like you’re not being racist. Referencing innate genetic qualities is not socially acceptable these days, but attributing negative or positive qualities to a race’s culture still mostly slips under the radar.

Maybe Yap doesn’t represent the views of any of the candidates or PACs or parent groups that support the SF Guardians slate. Or maybe she’s saying things that others believe but know are not socially acceptable when said out loud in public. A good way to test this is to look at what solutions the candidates for BOE commissioner propose to address disparate student outcomes.  Do the solutions focus on changing the attitudes and culture of students and parents in affected communities?  Or do they focus on structural issues like admission policies, transportation, and allocation of school resources?

This, from a recent article by Joe Fitzgerald Rodriguez is a great illustration of the different framing of attendance statistics in the opportunity gap reports:

Candidate Alida Fisher, a special education advocate, pushed for more recognition around one of the root causes of missing classes: bad transit service. She said that comes directly from parents in a working group aimed at addressing truancy.

“What we found was Muni, you know, is a huge barrier for a lot of families. Especially post-pandemic, we still have lines that aren’t running at full capacity,” Fisher said. “Many families feel blamed and shamed when the attendance officers are calling home. They’re not saying, ‘How can we help you?’ They’re blaming the families and threatening repercussions.

It also highlights another reason (besides the racism) why the framing of student outcomes as a problem of cultural attitudes is essentially conservative: The solutions it points to require very little, if any, additional tax dollars. If you agree with this framing, it doesn’t make sense to increase school budgets because the only thing that is needed to improve outcomes is for Black and Latino parents to change their mindsets about education.

At the end of the day a lot of the drama around the school board is a fight over the allocation of scarce resources.  The changes to Lowell’s test-based admission policy — a clear example of structural racism, by the way — were about which groups get access to SF’s “elite” public high school.

This description of the other side from the SF Guardians post seems like two talking points in one. Let’s start with the first. Is the problem that the political efforts of some candidates are performative, just for show, ineffective and with no real impact?

This is odd coming from the Guardians, since the change to Lowell High School’s admission policy, one of the main grievances behind the recall campaign they ran, was quite effective and impactful. The recalled BOE commissioners changed the test-based admissions to lottery-based admissions, and the result was a significant increase in the percentage of Black and Latine students that made up Lowell’s freshman class of 2021.

On to the second part of the talking point. It’s saying that politics have no place in the school board. This seems wrong by definition: the BOE is an elected body that, based on recommendations from school administrators, makes decisions about how tax dollars are allocated. Commissioners will make these decisions based on their personal principles. Everyone has a political orientation, a set of values and ideas that frame their perception of the world around them.

Commissioners’ decisions will also be influenced by their sense of who they are accountable to. The appointed commissioners owe their position in no small part to GOP supporting, pro-charter billionaires who made five and six figure donations to the BOE recall, some of whom are now donating to SF Guardians, which is supposedly the same organization. Are incredibly wealthy people in the habit of cutting checks of this size without being confident the people benefiting from their donations are aligned with their political values?

There is a kind of politics the SF Guardians do not seem opposed to: Machine Politics.  Recent revelations that Mayor London Breed required some of her appointees to provide undated and signed resignation letters added to the perception she is building a political machine that prizes loyalty above all. The mayor’s BOE appointees were not among the ones that submitted resignation letters. As her Chief of Staff stated in a Board of Supervisors hearing, Mayor Breed is the only one who decided which appointees would be asked to submit a resignation letter.  No one except the mayor knows for sure but it seems likely the ones whose loyalty she could rely on would not be asked to go through this process.

Let’s not forget that the Board of Ed has been a stepping-stone for people seeking higher political office. Matt Haney, who ascended to the state assembly earlier this year, got his start on the SF BOE, before quitting two years into his term as commissioner to run for supervisor. Jenny Lam, the current president of the BOE, was appointed by Mayor Breed to replace Haney on the School Board.

While the appointed BOE commissioners have done a better job of staying out of the spotlight than Brooke Jenkins, who Mayor Breed appointed as a result of the other recall, this could be because they took action to reduce their public hearings and limit the ability of the public to provide input. One way to appear apolitical is to not appear much at all.

This year’s innumerable elections have shown an increasingly clear competition between two different political frameworks.  While the term “progressive” has been so mis-used as to become almost meaningless, it might be useful just taken literally as the opposite of “conservative.”  Moving forward and making things better vs. keeping things the same or returning to a better past.  Most San Franciscans would not identify as conservative—except of course for the 33,000 registered Republicans—but the recall campaigns and the current campaigns for the appointees exhibit many conservative values and tendencies.

Lavishly funded campaigns on the conservative side relied on media-stoked outrage to appeal to people’s worst fears and prejudices. These campaigns now offer a return to past approaches like the War on Drugs and focusing on test scores that we know from past decades have not brought the results they promised.

Or the progressive side, truly volunteer-run campaigns are doing the best they can with limited resources and without a voice in the media. The solutions offered come from the most affected communities themselves instead of being imposed upon them.

Noah Sloss is an SFUSD parent and mostly online activist. Follow at twitter.com/noahsloss