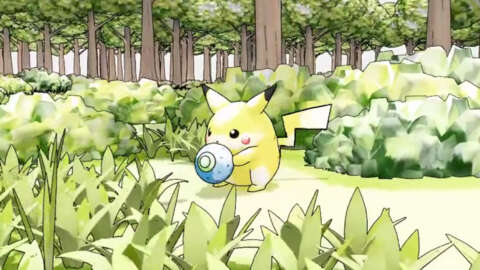 The Pokemon Company has announced a new unscripted series about the Pokemon Trading Card Game, and also an open casting call for fans of all ages. Although casting will be primarily focused on fans located in the Los Angeles area, submissions from anywhere can be sent along via this official dedicated casting website.

Not much is known about the show yet, although more details will be rolled out at a later date. As the Pokemon Trading Card Game has been a cornerstone of the Pokemon brand, it’s safe to assume that the company will want to highlight a broad variety of players and enthusiasts. “We’re looking forward to spotlighting the stories of our diverse TCG fans,” said Barry Sams, vice president of The Pokemon Trading Card Game at The Pokemon Company International.

The collectible card game based on the popular Pokemon franchise began in Japan in 1996, arrived in the West in 1998, and in the decades since has sold over 43.2 billion cards worldwide. The strategy game has spawned an enduring series of video games for both handheld Nintendo consoles and mobile phones. In July, an expansion pack featuring a crossover from Pokemon Go and the long-running card game will roll out, featuring special avatar items that can be redeemed in the digital game.

This is not the first time the two Poke-entities have crossed over, as Pokemon Go’s Professor Willow was featured on a card exclusively found at Pokemon Center storefronts during Pokemon Go Fest 2021. Players who received the card could redeem the code found on it for Special Research tasks in Pokemon Go.