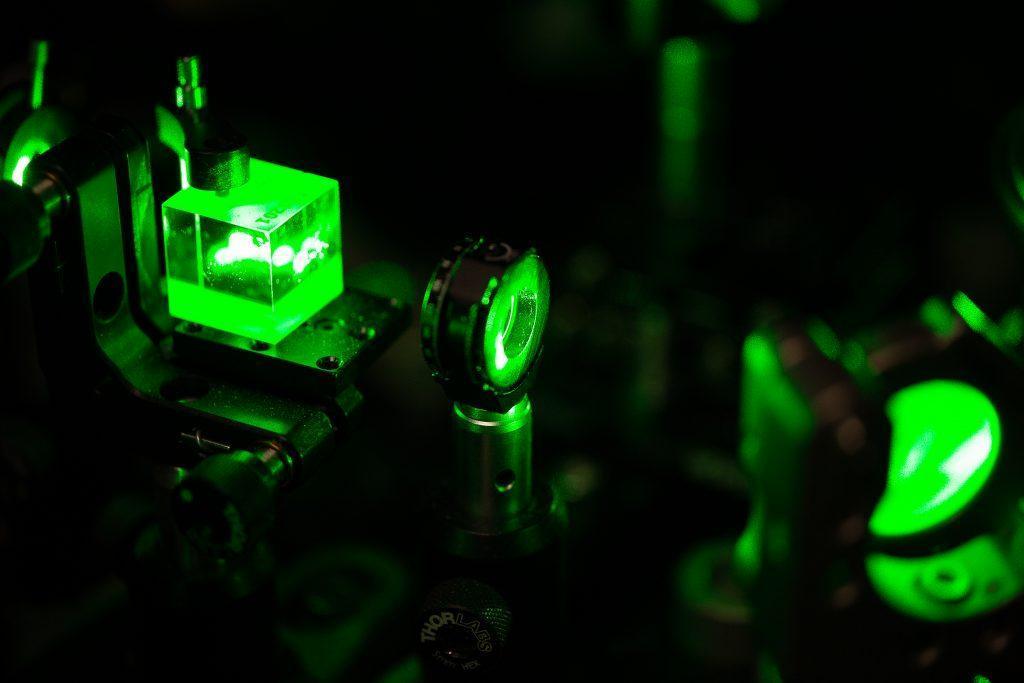 Removing a brain tumor presents surgeons with special challenges: They must remove the tumor without damaging healthy brain tissue. Among other things, it is important to keep an eye on the motor cortex responsible for movement. If, for example, a nerve pathway leading from this to the arm is severed, the patient will no longer be able to move that arm following the operation. Appropriate diagnostics are already helping to identify and spare such nerve tracts and brain regions.

In the future, quantum sensor technology is expected to further improve the assignment of functions to certain brain areas – via new diagnostic devices that, among other things, refine neuronavigation. A consortium of Johannes Gutenberg University Mainz (JGU) and the Helmholtz Institute Mainz (HIM) is working on this in the new DiaQNOS project together with various partners from research, medicine, and industry. The five-year project, which started in October 2022, is funded by the German Federal Ministry of Education and Research (BMBF) with a total of almost EUR 11 million. Mainz University as project leader will receive EUR 1.5 million.

The basis for the DiaQNOS project was laid by the collaborative project BrainQSens, in which JGU was also represented. The BrainQSens consortium developed highly sensitive magnetic sensors that enable improved medical diagnostics. “In this flagship quantum sensor project, we have already been able to improve the magnetic field sensor technology to such an extent that, in principle, magnetic fields of the brain can be registered with it,” explained Dr. Arne Wickenbrock from JGU and HIM, who coordinates the joint project. “Now it’s a matter of taking the next steps on the way to medical application and making quantum sensor technology useful for society.” The DiaQNOS consortium reflects this application focus in that, in addition to neurosurgeons from Freiburg University Hospital, i.e. the technology’s eventual users, medical device manufacturer inomed Medizintechnik GmbH is also represented. In addition, Sacher Lasertechnik GmbH and TTI GmbH as companies with experience in the commercialization of new developments are contributing their expertise.

A device suitable for use in surgery is to be developed over a period of three years, followed by two years of medical research. Among other things, brain tissue samples from a tissue bank in Freiburg will be examined for the first time for their magnetic properties, especially with regard to new diagnostic possibilities for brain tumors.

Mainz expertise in the construction of a quantum sensor

Among other things, the researchers from Mainz University and HIM are dedicated to building the quantum sensor. Professor Dmitry Budker’s research group has strengthened magnetography as a core competence in Mainz over the years and he himself will be contributing his expertise to the project. “These quantum sensors are based on nitrogen vacancies in diamonds, i.e., nanoscale magnetic field sensors confined in the diamond. A huge number of these magnetic field sensors can exist in a thin layer of diamond. This makes it possible for us to create a magnetic image of the object that the sensor sees,” explained Wickenbrock. Nerve communication in the human body works via electrical charges that whiz through the nerve pathways. Every moving charge generates a magnetic field so that there are numerous magnetic fields in the human body, including in the brain. The sensor is designed to detect and analyze these and thus tell the surgeons more about the function of the respective brain areas. This will enable physicians to plan the incision path more precisely and in a way that is more gentle on the patient.

/Public Release. This material from the originating organization/author(s) may be of a point-in-time nature, edited for clarity, style and length. The views and opinions expressed are those of the author(s).View in full here.