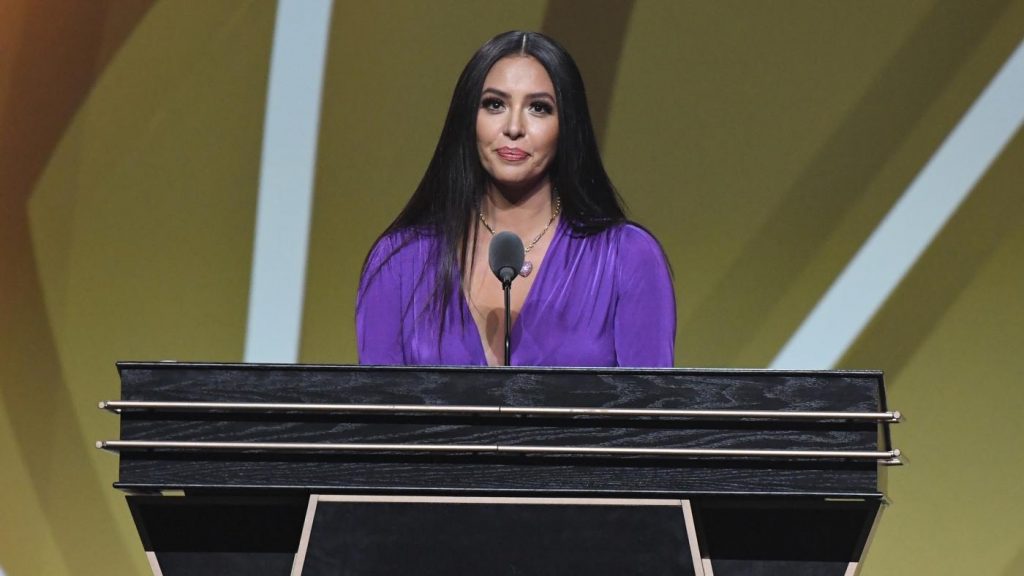 Vanessa Bryant was awarded $16 million in her case against Los Angeles County on Wednesday, as a federal jury found she suffered “emotional distress” as a result of deputies and firefighters sharing photos of her husband Kobe Bryant and daughter Gianna Bryant after their fatal helicopter crash in 2020.

The jury deliberated for 4 1/2 hours before returning an unanimous verdict, according to the Associated Press. For Vanessa Bryant, she gets closure on a day Angelinos celebrate as Kobe Bryant Day: Aug. 24 combines both his No. 8 and No. 24 Lakers jersey numbers.

An attorney had urged the jury to award $75 million to Bryant and her fellow plaintiff, Chris Chester — whose wife and daughter were killed in the same helicopter crash as Kobe Bryant– during closing arguments of their civil trial against Los Angeles County.

Chester’s attorney, Jerome Jackson, asked for $2.5 million apiece for Bryant and Chester due to their two years of “emotional distress.” Chester was eventually awarded $15 million by the jury.

In addition, Jackson also asked for $1 million for both Vanessa Bryant and Chester for each year of future distress — 40 years for Bryant and 30 years for Chester.

“When I reach this point of closing arguments, I’m usually anxious about not asking for too much,” Jackson said during closing arguments on Tuesday. “I don’t have that anxiety today, because I will tell you ladies and gentlemen, you can’t award too much money for what they went through. You can’t stack it too high. You can’t spread it too wide. What they went through is inhuman and inhumane.”

Leading up to Tuesday, Vanessa Bryant hadn’t asked for a specific dollar amount. Chester’s attorney added that half of the money awarded would be due to the responsibility of the sheriff’s department and the other half would be related to the fire department’s involvement.

In 2020, both Vanessa Bryant and Chester chose to sue Los Angeles County. They accused county sheriff’s and fire department employees of using personal cell phones to take photos of the crash site when they weren’t legally required to do so.

Los Angeles County had argued that the crash photos were never posted online and ended up being deleted shortly following the crash. However, Vanessa Bryant and Chester said that they “live in fear every day” because they believe that the crash site photos can reappear at any moment.