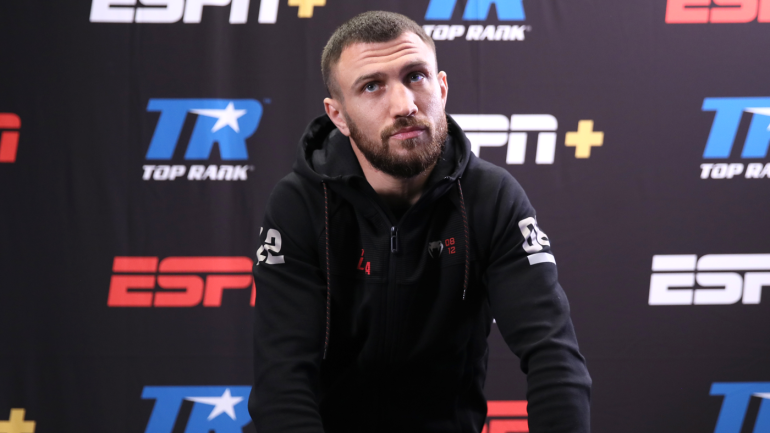 One of boxing’s best is set for his return to the ring as Vasiliy Lomachenko will face Jamaine Ortiz in October, according to multiple reports. The news comes after Lomachenko returned to the United States from his native Ukraine, where he taken up arms in defense of Russia’s invasion of the country.

Kevin Iole of Yahoo Sports reports the fight is a done deal to take place on Oct. 29 at Madison Square Garden in New York.

Because of the war, Lomachenko (16-2, 11 KO) has been out of action since December, when he dominated Richard Commey. The Commey fight was Lomachenko’s second impressive display since dropping multiple lightweight titles to Teofimo Lopez in October 2020.

The wins over Commey and Masayoshi Nakatani had set Lomachenko up to fight then-undisputed champion George Kambosos Jr. in Australia for all four world championships at 135 pounds. Then came Russia’s invasion of Ukraine, which sidelined the Kambosos vs. Lomachenko plans and opened the door for Devin Haney to defeat Kambosos and become the undisputed champion.

Haney is contractually tied up with a Kambosos rematch, as Kambosos set the terms of the first encounter to include a rematch clause, also to take place in Australia. With that in mind, Lomachenko needed an opponent to keep his tools sharp and not sit on the sidelines for more than a year waiting for Haney and Kambosos to hash out their issues.

Ortiz’s most recent fight was also his biggest win as he outboxed Jamel Herring in May. The loss sent Herring into retirement and helped Ortiz build on an impressive win over Nahir Albright in February. Those two wins came after the lone blemish on Ortiz’s resume, an April 2021 majority draw against Joseph Adorno in a bout where Ortiz was the better boxer but suffered two knockdowns.