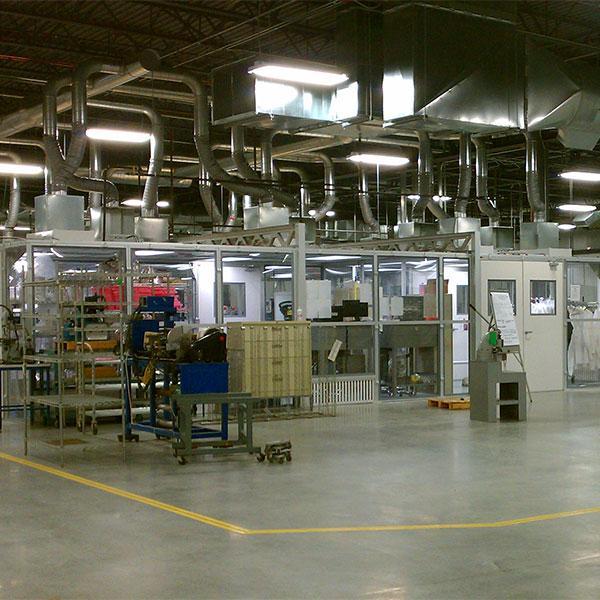 For the last two years, Ed Sawyer has used two federal grants of $20,000 each to try to grow exports for Advanced Conversion. The Barre-based company makes specialized components for trucks, buses and airplanes as well as parts for electrical grids and laser surgery.

“It’s not a huge amount of money, but it helps us make decisions to get out there and market our products,” said Sawyer, the company’s chief executive officer.

Advanced Conversion uses the grants to go to trade shows in Europe and to travel abroad to meet key customers.

Last month, Vermont netted an increase in funding for these federal grants, which are part of the State Trade Expansion Program, meaning more local businesses stand to benefit.

“It’s been under-used to some extent, but the state’s ramping up the outreach, so I think we’re going to see a lot more businesses using it,” said Darcy Carter, Vermont director for the Small Business Administration, a federal agency.

States apply for the funding, and this year, the Small Business Administration awarded Vermont $249,000 — nearly a 66% increase. Previously, the state had a $300,000 grant over two years.

Businesses then apply for grants of up to $20,000 from the state Agency of Commerce and Community Development, which administers the funds.

“A lot of folks go to international trade shows or they work on their websites to fit into certain markets, either through translation or search engine optimization,” said Tim Tierney, director of business recruitment and international trade at the state commerce agency. Tierney said that during the pandemic companies have used funds to improve their online platforms to serve international customers.

“The return on investment for some of these companies is huge,” Tierney said. “You bring someone into a new market and they reach that market. It’s a great thing not only for that company but it creates jobs here in Vermont.”

At Advanced Conversion, exports account for more than half of the business, according to Sawyer.

“Export is our lifeblood,” he said.

The company, which employs 34 people in Vermont, exports to China, South Korea, Japan, Taiwan, Mexico and the United Kingdom, Sawyer said. He noted that the grants also help pay for export insurance so banks will finance payments from customers abroad.

This week, using a State Trade Expansion Program grant, the commerce agency hosted 40 Canadian companies in Burlington to connect them with Vermont businesses and organizations.

Vermont has $5 billion worth of trade annually with Canada, according to the agency, and 73 Canadian-owned businesses employed 3,000 Vermonters in 2021. Vermont exported $830 million worth of goods and services to Canada last year.

Want to stay on top of the latest business news? Sign up here to get a weekly email on all of VTDigger’s reporting on local companies and economic trends. And check out our new Business section here.

Did you know VTDigger is a nonprofit?

Our journalism is made possible by member donations. If you value what we do, please contribute and help keep this vital resource accessible to all.