Today, WWE CEO Vince McMahon “voluntarily stepped back” from his roles within the company amid an ongoing investigation of an alleged affair and payout with a WWE employee, according to the Wall Street Journal. His daughter, Stephanie McMahon, will serve as the wrestling promotion’s interim CEO and chairperson.

Yesterday, the Wall Street Journal revealed WWE’s board reportedly launched an investigation back in April regarding a $3 million dollar hush money payment to a former employee. According to WSJ, the woman, who was hired as a paralegal back in 2019, signed a separation agreement with McMahon in January that barred her from discussing or disparaging her relationship with him. A WWE spokesperson also told the paper that “the relationship with the ex-paralegal was consensual.”

WWE board members reportedly learned of McMahon’s alleged hush money payout following a series of anonymous emails from someone who claimed to be friends with the former WWE paralegal. An internal probe issued by the WWE’s special committee found that McMahon issued similar nondisclosure agreements with former female WWE employees that also alleged misconduct from McMahon, as well as WWE’s head of talent relations John Laurinaitis, according to the WSJ’s report.

“I have pledged my complete cooperation to the investigation by the Special Committee, and I will do everything possible to support the investigation,” McMahon said in a joint press release with the WWE board of directors. “I have also pledged to accept the findings and outcome of the investigation, whatever they are.”

Despite stepping away from his role as CEO for the time being, the company said McMahon will still maintain creative control of ongoing WWE storylines while he is under investigation.

Stephanie McMahon, who has worked within the company and appeared in the ring in-character, stepped back from her role as WWE chief brand officer back in May, after the investigation was reportedly already underway, posting on her LinkedIn that she was “taking this time to focus on my family.” According to Cultaholic, an unnamed source who claims to have knowledge of the reasoning said Stephanie’s leave of absence had nothing to do with her father’s ongoing investigation.

“Until the conclusion of the investigation into recent allegations, I am honored to assume the role of interim Chairwoman & CEO. I love @WWE and all it continues to do to entertain billions around the world,” Stephanie tweeted.

McMahon is scheduled to appear on tonight’s episode of Smackdown. 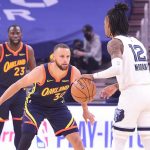 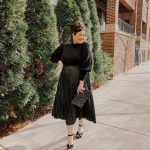 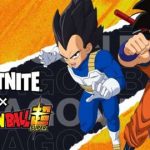 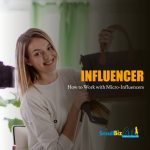