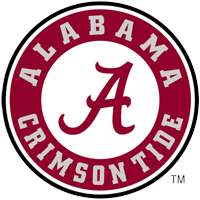 OXFORD, Miss. – Backed by big-time performances from Katie Corelli and Vivian Miller, Ole Miss volleyball picked up its first victory of the season at home, downing Alabama 3-1 Friday night at the Gillom Center.

The Rebels (6-9, 2-3 SEC) youth fueled the team past Alabama (6-11, 0-5 SEC), as freshman Vivian Miller and sophomore Katie Corelli both recorded a career-high 15 kills. They were two of four Rebels to tally double-digit kills, joined by Sasha Ratliff and Anna Bair with 13 each. Ratliff added 11 blocks for her first career double-double. Reigning SEC Co-Freshman of the Week, Cammy Niesen continued to shine, recording her third consecutive game with 20-plus digs, finishing with a career-best 28 in the victory.

It was a slow start for the Rebels, who fell behind 7-2 early on before head coach Kayla Banwarth called a timeout. Ole Miss was able to regroup, pulling within two on a slide from Ratliff at 12-14, but Alabama restored its lead to eight. Just when it looked as though the Crimson Tide would run away with the set, Ole Miss strung together a 10-1 run to take a 24-23 lead. The Rebels had a pair of chances to take the set, but Alabama hung on to win it 27-25.

Alabama came out strong for the second straight set, holding the early advantage. The Rebels began to claw back, down two at the media timeout, as Payton Brgoch and Vivian Miller came alive down the stretch. Brgoch closed out the set, slamming down two of the final three kills as Ole Miss bounced back with a .344 clip to take the second set, 25-20.

Ole Miss carried the momentum into the third set as it looked for the turning point in the match. Trailing by one, Brgoch kicked off a scoring run of nine unanswered points to double up Alabama at 14-7. The Rebels seemed to be firing on all cylinders as they began to run away with the set. Corelli and Ratliff took over in the final points, helping the Rebels score five unanswered to take the set, 25-15.

On the cusp of its first victory at home, Ole Miss found itself in a tight fourth set that featured 11 ties and eight lead changes. After both teams traded points in the early going, the Rebels took a 15-13 lead at the media timeout. Coming out of the break, the Tide found themselves on a 5-0 run to take the lead at 19-17, forcing Banwarth to call timeout. Miller’s 15th kill of the night tied the match up at 21, and Sasha Ratliff took over, scoring the final four points, including slamming an overpass into the ground to win the match.

The Rebels go for the series sweep of Alabama Saturday afternoon in Gillom. The match will be streamed on SECN+.