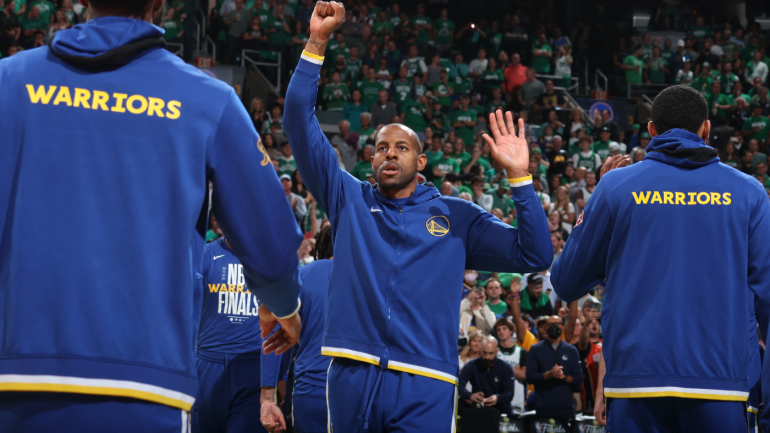 Veteran forward Andre Iguodala has not yet made a decision about his future and remains a free agent as NBA training camps approach. But while nothing has been made official, the Golden State Warriors expect Iguodala to return for one more season, according to Marc Stein.

The only certainty regarding Andre Iguodala’s plans for the coming season is that he intends to announce his play-or-retire decision at age 38 on his weekly podcast with Evan Turner. The Warriors, I’m told, do expect Iguodala to play for one more season but are prepared for any outcome and are also open to bringing the 18-year veteran back on his timetable.

The last part of Stein’s note indicates that if Iguodala does indeed return it may not be right at the start of training camp. That would coincide with an interview Warriors GM Bob Myers gave earlier this month in which he said Iguodala has “earned” the right to take his time with his decision.

Myers also addressed his hope that Iguodala would return — as much for his leadership and locker room impact as his play on the court.

“I hope he plays for us, I know you’ve heard Steve [Kerr] comment on that,” Myers said. “I really think he’s important to our season… There’s no one else in the else that can do that for our team and we think he can still play and help us in certain spots.”

Now 38 years old, Iguodala returned to the Warriors last season after two seasons with the Miami Heat. He was hampered by a series of injuries, though, and appeared in just 31 games in the regular season and seven in the playoffs. If healthy, he should play more this season; he remains an experienced, versatile defender and has years of continuity with the likes of Steph Curry, Klay Thompson and Draymond Green.

Still, it’s hard to imagine him having a major role at this stage of his career. While he may not be at the Udonis Haslem level of glorified assistant coach, he’s at least part of the way there. This quote from Myers says it all:

“He is one of the few people in the world that can look Curry or Draymond or Klay in the eye and meet them at their level, but also grab a Jordan Poole or Kuminga or Wiseman and speak to them, encourage them,” Myers said.