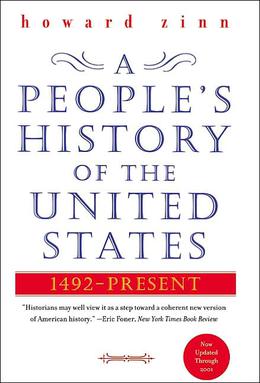 Howard Zinn’s 100th birthday celebration was August 24. Even though he died in 2010, I decided to hold a séance to find out how he is doing and ask him some questions.

As one admirer wrote, Zinn was “a brilliant practitioner of both history as activism and activism to change history.” He was also a World War ll veteran who became a pacifist, a working man who became a college teacher, and a historian who joined the front lines of the Civil Rights movement.

College students across Connecticut have listened to Howard Zinn lecture, and many have read his books on history, rich in the stories we haven’t heard about, where workers, suffragists, and the poor take center stage. He is still this country’s most popular historian. And he’s the No. 1 target of the forces that REALLY want us to forget our troublesome past.

You’ve heard the controversy over critical race theory, or what critics just call CRT (without bothering to learn what it is). Not surprisingly, Zinn’s legacy is being attacked by the same forces. All of this hateful blowback is being promoted — in bad faith — by right-wing politicians, boards of education, and white supremacists.

Looking back on the American past with a critical eye (warts and all) is difficult but necessary. But labeling this a “woke” practice turns it into a scapegoat for regular folks who are looking to discover why life today seems so uncertain.

So I thought: What would Howard Zinn say about 2022? A séance — reaching out to the spirit world — just might help clarify things. Here’s a transcript of my encounter*:

Howard, are you there? Can you hear me? Okay, first I want to know: when students are taught real U.S. history in school, do you want white kids to feel ashamed of who they are?

My point is not to grieve for the victims and denounce the executioners. Those tears, that anger, cast into the past, deplete our moral energy for the present. And the lines are not always clear. In the long run, the oppressor is also a victim. In the short run (and so far, human history has consisted only of short runs), the victims, themselves desperate and tainted with the culture that oppresses them, turn on other victims.

That’s pretty heavy. So, are you saying that we have to examine both the good and bad of historical events? But there has been so much oppression: the robbery of indigenous peoples’ lands, brutal slavery, the subjugation of women, never-ending wars…

I don’t want to invent victories for people’s movements. But, to think that history-writing must aim simply to recapitulate the failures that dominate the past, is to make historians collaborators in an endless cycle of defeat.

I think we all agree we want the future to be better than the past — more generous, equitable, humane. But how does learning our own history help us do that?

If history is to be creative, to anticipate a possible future without denying the past, it should, I believe, emphasize new possibilities by disclosing those hidden episodes of the past when, even if in brief flashes, people showed their ability to resist, to join together, occasionally to win. So it’s important not to reject the difficult past with wholesale censorship of books and ideas. We might actually find hopeful lessons in the struggles that ordinary people — even our own families — went through!

I get it. I’m going to go back and read his books. And by the way, other works like Nikole Hannah-Jones’ The 1619 Project. Indigenous Peoples’ Day is coming up on October 10. I want to visit the site of the former statue of Christopher Columbus, removed in 2020 by the city of Hartford. I think I’ll ask him what all the fuss is about.

(* I don’t believe in séances; I don’t know what Howard Zinn thought of them. His answers here are from his masterwork, A People’s History of the United States.)

Steve Thornton of Hartford writes for the ShoeleatherHistoryProject.com.