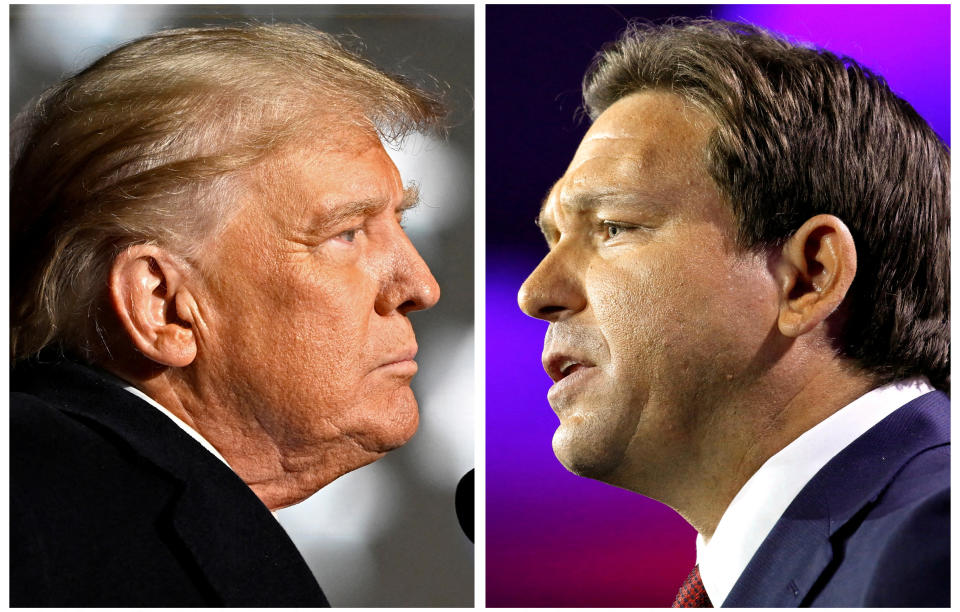 Though the holidays are just days away, Congress isn’t slowing down just yet as lawmakers must agree on government spending, a new House leader, and whether to levy criminal charges against a former president.

Here are three stories to watch in business and politics this week:

This is former-President Trump’s most consequential week since leaving the White House.

The Select Committee on Jan. 6 officially recommended on Monday that the Justice Department bring criminal charges against Trump and others for obstruction of U.S. government proceeding related to their actions on Jan. 6. It comes also as the House Ways and Means Committee decides whether to release portions or all of Trump’s tax records dating back to 2015.

Meanwhile, Trump’s 2024 presidential campaign has gotten off to a rocky start. A Fox News poll found that 64% of American voters do not want a Biden-Trump re-match in 2024.

McCarthy is pushing forward with his quest to become House Speaker — despite a handful of outspoken conservatives who are refusing to back his bid, which will come to floor for a vote on Jan. 3. It’s unclear how the final tally will shake down — and whether McCarthy remains with a powerful whip operation that would help him secure the gavel.

Republicans’ underperformance in the midterms has laid bare inner-Caucus tensions between ultraconservatives and moderates, with both factions arguing they are more powerful as a result of the smaller-than-predicted margin.

“The difficulty here is that we are the only Republican entity stopping the Biden administration,” McCarthy told conservative radio host Hugh Hewitt last week, as reported by CNN. “But we’re also going to be the only ones that can move forward. But it would delay everything, getting committees up and running, being able to do the things that you know we need to get done from the very beginning.”

As predicted, lawmakers passed a one-week extension to delay the deadline needed to pass a government funding bill and avert a partial government shutdown. But now, lawmakers can’t head home for holiday recess unless they pass such bill.

Reuters estimated the final cost to be roughly $1.7 trillion for the government funding bill and noted that there have been a bevy of added items that have been tacked onto the proposal.

One of those items? A ban on ByteDance’s TikTok from being able to be downloaded on any federal government electronic device.

Republicans and Democrats have each raised concerns about data security for the China-based company. In the House, Reps. Mike Gallagher (R-Wis.) and Raja Krishnamoorthi (D-Ill.) are backing a ban on TikTok.

Members of the Senate have expressed similar concerns about the app.

“My kids are now in their early 30s and late 20s, so I can’t completely regulate what they’re doing,” Sen. Mark Warner recently said on Yahoo Finance Live. “But if I had young kids, I wouldn’t want them on TikTok.”

Kevin Cirilli is a visiting media at the Atlantic Council’s Global China Hub and the Krach Institute for Tech Diplomacy at Purdue. Follow him on LinkedIn here.

Click here for politics news related to business and money

Read the latest financial and business news from Yahoo Finance

Download the Yahoo Finance app for Apple or Android