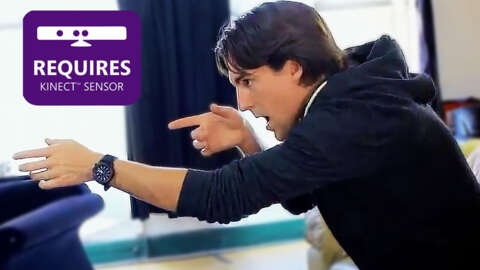 That doesn’t mean there hasn’t been plenty of silly inventions, questionable technologies, and flat-out bad ideas along the way. Let’s look back at hilarious ideas developers tried, from early virtual reality to PlayStation’s rave glow stick, the Move Motion Controller, that never quite worked.

It’s no secret that first-person, third-person, and multiplayer shooters are some of the most popular categories of video games, but the road to developers making the perfect experience is littered with hilarious peripherals, gimmicks, technology too far ahead of its time to function well, and some laughably bad ideas. In this video, we’re going to take a look at some of the most memorable failed attempts, like early virtual reality prototypes in malls inspired by movies such as The Lawnmower Man and books such as Snow Crash. We’re exploring the unexpected negative impact of flatscreen TVs on light gun games and the slow death of toy gun peripherals. We’re looking at how developers tried for years afterward to keep light gun games alive with silly-looking inventions like Killzone 3 using PlayStation Move Motion Controllers on the PlayStation 3. We’re going to the logical endgame of motion control, when Kinect for Xbox 360 tried to make players completely imagine controllers altogether; RIP Kinect. We’re diving into how tactical games like SOCOM for the PlayStation 2 brought in squad voice commands long before speech recognition technology was good enough to make it work, leading to frustrating squad kills. Then we’ll have a look at some of the modern haptic inventions attempting to improve on the time-tested controller rumbler that keeps getting better and better, most recently with the PlayStation 5’s DualSense Controller with adaptive triggers. That means exploring haptic vests and butt rumblers.

If you want to experiment with some of these older technologies for yourself, many can still be found online or in vintage shops like the NES Zapper, PS2 GunCon, and Socom U.S. Navy Seals PS2 headset. A remade version of the early VR game Dactyl Nightmare can be found on Oculus VR devices. Kinect games for the Xbox 360 still work to this day, and I highly recommend them, just not the shooter ones.