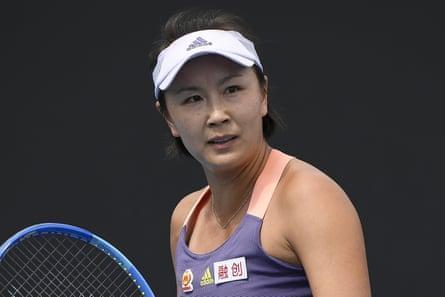 Across seven decades of turmoil and change, one thing about China’s leadership has remained unchanged. It is all male.

Men led China into the famine of the Great Leap Forward, through the convulsions of the Cultural Revolution and during the economic opening of the 1980s and 90s. In Xi Jinping’s “new era” of digital authoritarianism, men remain in charge of the country.

The Communist party has run China for 70 years, and in that time no woman has ever been a member of China’s Politburo Standing Committee, the small group that runs the country, much less led the party or been made President or Premier.

This week at the opening of the 20th Communist party Congress, which will extend Xi’s rule for another five years, another line of male leaders filed on to the stage of the Great Hall of the People, to face an audience dominated once again by men.

There may have been more young women stewards, topping up teacups with hot water, than female delegates in the chairs listening to Xi.

“Chinese women have been excluded from the centre of political power at both local and central levels,” said Hsiu-hua Shen, Professor of Sociology at Taiwan’s National Tsing Hua university. “Without specific affirmative actions … it is very difficult for Chinese women to be able to enter political systems and shape policies.”

The party was formed during a civil war, in a highly patriarchal society and has been based on “masculine violence” and power struggles since its establishment, Shen added.

The CCP has nearly 100 million members, but less than a third of the rank and file are women, and the numbers thin out, the higher up its ranks you climb.

“From the bottom to the top of the pyramid, women get fewer at each step of the hierarchy (from CCP members, to the party congress, central committee and the politburo). This can create biases in the nomination and selection process for leading positions in the party/state.”

Chinese women are held back by a variety of factors, Pan said. They include cultural expectations that women do more in the home, a career structure that forces them to retire earlier than men, just as they might be reaching their professional peak, and education and socialisation that discourages them from political ambitions.

The CCP has always had an uneasy relationship with feminists, in part because Communists claim to have liberated women themselves. Mao’s slogan “women hold up half the sky” became famous as half tribute, half promise to China’s women.

That makes any woman still fighting for her rights potentially subversive, particularly at a time when Xi is openly distrustful of any civil organising.

There have been repeated crackdowns on feminists, including arrests of women protesting issues that do not obviously challenge the political system, like sexual harassment. China’s #MeToo movement has made little progress.

Among the ranks of assembled dignitaries at the Party Congress was Zhang Gaoli, the former Vice-Premier who tennis champion Peng Shuai publicly accused of sexual assault last year.

Peng went missing for weeks after making her accusations on social media. She was eventually seen in public after a high profile international campaign, organised under the hashtag #WhereIsPengShuai, but has kept a very low profile since and said her post was misunderstood, while he still commands the political stage.

“The CCP is still quite traditional when it comes to women at the very top. Recent crackdowns on feminist activists have further signalled a more traditionalist and conservative line,” said Mary Gallagher, Professor of Democracy, Democratization, and Human Rights at the University of Michigan.

Communism made it easier for women to get an education and join the workforce, but as in many other countries they were still expected to do the majority of domestic work, a “double shift” that is tiring and limits career opportunities.

With a falling birthrate on the brink of tipping China’s already fast-ageing population into decline, there is increasing pressure on young people to have more children. Academics and campaigners fear that may further hobble women’s hopes of getting more political power in China.

“I fear that in the short term, China will follow other countries and restrict women’s access to abortion and contraception as a way to force women to have more children. Ultimately, these policies will backfire and fail, but they could increase repression and crackdowns on feminist politics,” Gallagher said.

‘One woman is OK’

The highest a woman has risen in China is the 25-member politburo, the next level of power down from the Standing Committee. At the moment it includes 24 men and one woman, Xi’s Covid tsar Sun Chunlan. She is one of just three women who have made it near the top as political operators in their own right.

Only eight women have made it on to the politburo since 1949, among hundreds of men. Three of them were wives of top officials, including Mao Zedong and Zhou Enlai. Two others were “revolutionary heroes” during the Cultural Revolution whose role was more propaganda than power.

Sun retires this year, but is expected to be succeeded by another woman, possibly Guizhou party secretary Shen Yiqin. Since 2001 the CCP required at least one woman in senior leadership position at each level, although the requirement doesn’t extend to the politburo.

“The party has addressed it but in a relatively vague manner, if you look at the party constitution, there is a line about promoting women party members in leadership,” said Minglu Chen, Senior Lecturer in the Department of Government and International Relations at the University of Sydney.

Requiring a minimal role for female cadres has opened the door a crack, but not changed a misogynist political culture.

“This is a bit of a development …(but) in reality this policy has often been interpreted as “one woman is OK”, so there is only one woman. This obviously shows the quota system being adopted is effective, but more needs to be done.”

And for nearly 700 million women who live in China, this is not just a matter of principle. “The one thing we could safely argue, with no woman in leadership, women’s issues would be under-represented.”