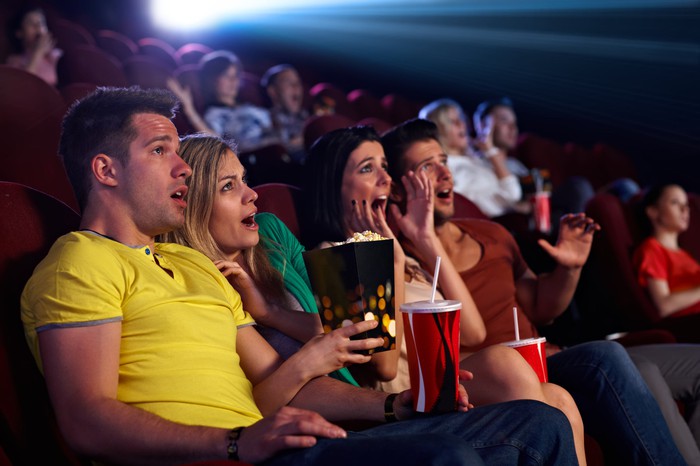 Shares of AMC Entertainment (AMC -0.68%) were essentially flat in morning trading Tuesday after a long holiday weekend that saw the Toy Story spinoff Lightyear largely bomb at the box office.

The Disney (DIS -0.32%) film had been expected to bring in some $70 million to $85 million this weekend, with as much as $135 million worldwide, but instead was able to generate only $51 million stateside and $35 million more globally.

After the meteoric takeoff of Top Gun: Maverick and Jurassic World: Dominion, AMC hoped a family friendly movie like Lightyear could bring in the kids over the holiday weekend and help keep the movie theater chain’s momentum going.

AMC, as the world’s biggest theater operator, has a lot riding on the ability to get people back to the cinema. Already a declining business before the pandemic, it approached the brink of bankruptcy during the height of it.

Since then, though, it has tried to claw its way back up, albeit through means sometimes completely unrelated to movies.

As a favorite of meme stock traders, AMC often moves more from online chatter and social media mentions (such as rumors of an expansive pool of shares floating around the market that are preventing the stock from advancing) than on the fundamentals of its business.

CEO Adam Aron, however, disabused investors of that rumor last week, saying, “As I’ve said before, we’ve seen no reliable info on so-called synthetic or fake shares.” On an otherwise up day for the market, when the Dow Jones Industrial Average is rising more than 500 points, it’s not good news that the theater stock is unable to make it into the green.