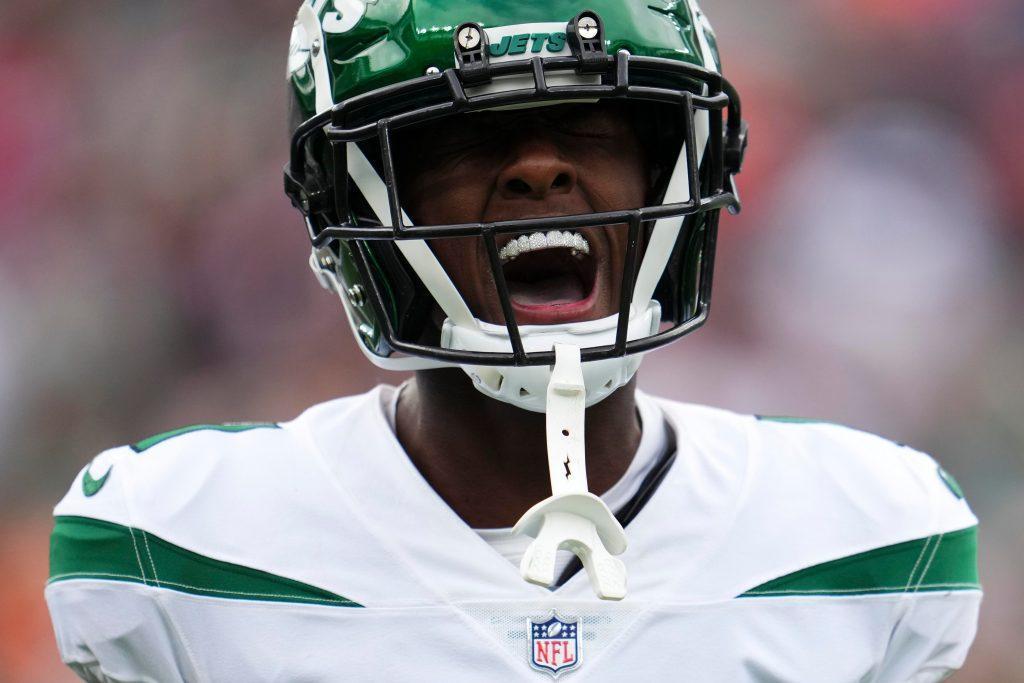 The Jets are one of the early feel-good stories in the NFL. They have won three games in a row for the first time since 2019, are off to their best six-game start (4-2) since 2015, and have a legit chance at snapping the longest active playoff drought (2010) in the league.

According to ESPN Stats & Info, they are the second team in the Super Bowl era with a winning record through six games despite being an underdog in every game (2001 Browns).

Everyone loves an underdog story, especially one coupled with a youth movement. We’ve seen first-round pick Garrett Wilson score a game-winning touchdown against the Browns, Zach Wilson return and help ignite the win streak, and Quinnen Williams be a gamewrecker in the upset win over the Packers.

Only two teams in NFL history have had the OROY and DROY winners in the same season. The 1967 Lions (Mel Farr, Lem Barney) and 2017 Saints (Alvin Kamara/Marshon Lattimore).

These odds are right on the money, too, as the numbers back up the hype.

Hall was the first running back off the board in the 2022 NFL Draft. He’s off to one of the best starts in Jets history, ranking 10th in the NFL, and leading all rookies with 609 scrimmage yards. It’s the most by any player through six games in a Jets uniform since Curtis Martin in 1998, after he signed from the Patriots. Hall is the fourth player in franchise history with 600-plus yards in his first six games with the Jets.

He’s in great company and apparently has incredible instincts, too. His 34-yard house call to put the win in Green Bay on ice was actually designed for someone else.

“It was supposed to be a reverse pass,” Hall said. “So, I was supposed to pitch it to Garrett [Wilson]. “But I felt the defensive end was too far up field, so I couldn’t get the pitch off. I just saw daylight and allowed my natural ability to take over.” Hall also had some fun with it, doing the Lambeau Leap after the score.

Design or not, Hall is flourishing in OC Mike LaFleur’s offense predicated on motion. Hall ranks fifth in the NFL in rush yards (285) when the offense uses motion at, or before the snap.

He’s been a dual threat, too, leading the NFL in yards per touch (6.4) this season (min. 80 touches). In Week 5, he was 3 rushing yards away from becoming the first Jets player with 100 rushing yards and 100 receiving yards in a game since 1986 (Johnny Hector).

Good news for Jets fans and fantasy owners: Hall’s number of carries has increased in every game this season. He has 396 scrimmage yards during the Jets’ three-game win streak. Only Justin Jefferson has more since Week 4.

Gardner has early momentum toward a potential Pro Bowl season, which the Jets haven’t had at cornerback since Darrelle Revis in 2015. He leads the league in pass breakups (8) and is creating an island for himself like Revis.

Like Hall, he’s coming on during the Jets’ win streak. He’s allowed 6 of 21 passing in the last three games, including 1 of 6 when targeted by Aaron Rodgers in New York’s upset win this past Sunday. That includes a pick six that was overturned by replay review.

He later flashed impressive recovery speed and ball skills to break up this pass intended for Allen Lazard on Sunday.

He also locked Packers rookie Romeo Doubs down on this double move and comeback route. Richard Sherman actually texted Gardner the clip of the play, according to ESPN’s Rich Cimini.

He’s faced some of the best wide receivers in the league already, too. He was targeted just once and did not allow a completion in 17 coverage snaps against Ja’Marr Chase and Tyreek Hill this year.

His play is one thing elevating the Jets defense, which ranks ninth in EPA this year after ranking dead last in 2021. The unit already matched its interception total from a year ago.

And with a name like Sauce, you have to expect personality. He showcased that after the Jets’ upset win at Lambeau Field, donning the cheesehead.

The Jets may come back down to earth this season after a hot start, but the future appears bright with these two rookies channeling franchise greats and showcasing plenty of personality.