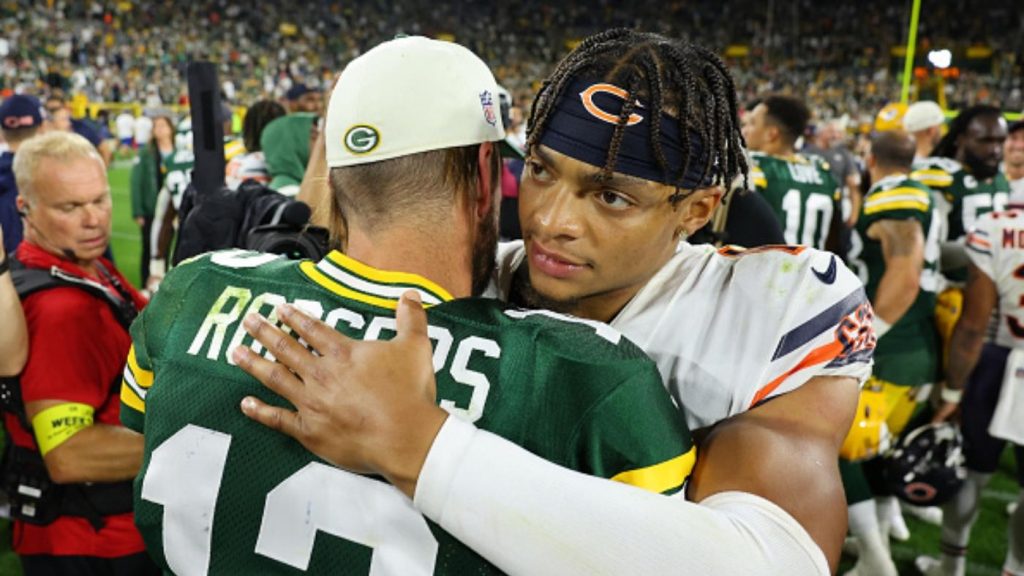 While it may not hold much playoff significance, Sunday’s game between the Packers and Bears carries a lot of weight as far as NFL history is concerned. The winner will hold sole possession of the most regular season wins in the NFL’s 103-year history, a stat courtesy of the CBS Sports research team. The franchises are currently tied for the all-time lead with 786 wins apiece.

Green Bay currently owns a record of 786-589-38. Founded by Curly Lambeau, the Packers began play 101 years ago. Lambeau led Green Bay to three straight NFL titles from 1929-31 and three more titles in 1933, 1939 and 1944. The Packers then went into a decade-plus long drought before the franchise was revived by Vince Lombardi, a former Giants defensive coordinator who guided the Packers to dominance in the 1960s. Green Bay won five titles in seven years under Lombardi that included the first two Super Bowls.

Green Bay made the playoffs just two times between Super Bowl II and the time Mike Holmgren became the team’s coach in 1992. With Brett Favre and Reggie White headlining a talented roster, Holmgren’s Packers reached back-to-back Super Bowls in the 1990s that included a win in Super Bowl XXXI. The Packers won the franchise’s fourth Super Bowl in 2010 behind the play of Aaron Rodgers, who plans to play in Sunday’s game despite dealing with thumb and rib injuries. Bears quarterback Justin Fields is also on track to play after missing Chicago’s most recent game with a shoulder injury.

The Packers-Bears rivalry goes all the way back to 1921, when Halas’ team blanked Lambeau’s Packers in a late November showdown. The rivalry’s momentum has gone back and fourth over the decades. Green Bay had its way with Chicago in the 1960s despite the Bears boasting a roster that included future Hall of Famers Mike Ditka, Dick Butkus and Gale Sayers.

Chicago, led by Walter Payton and the famed “46” defense, turned the tables in the 1980s, winning 10 of 11 matchups in the rivalry at one point. Green Bay has largely dominated the rivalry since the 1990s. The Packers are 46-16 against the Bears since Favre became Green Bay’s starting quarterback. Including in that run of games was the Packers’ 21-14 win in Chicago in the 2010 NFC Championship Game, the only postgame game ever played between the franchises.

The Packers enter Sunday’s game having won seven straight games in the rivalry, prompting Rodgers in 2021 to claim that he “owns” the Bears after scoring a rushing touchdown in Chicago. He may not technically own the Bears, but Rodgers can help the Packers own the all-time wins record against Green Bay’s longtime rival with a win Sunday in the Windy City.