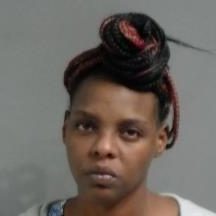 WICHITA, Kan. (KSNW) — According to Sedgwick County Jail, on Monday, Sept. 26, 2022, 31-year-old Autumn Metcalf was arrested on suspicion of 1st-degree murder, failure to appear and six counts of failure to comply.

Metcalf was arrested in regard to the fatal shooting of 33-year-old Joe Wheeler III, of Wichita, back in 2020 at a local adult entertainment venue.

Wichita man arrested for stabbing another man over 30 times

Upon arrival at the scene, officers say they located Wheeler, who had been shot, inside of a 2017 Jaguar XE. He was pronounced dead at the scene.

Investigators working on the case were able to interview multiple witnesses. Wichita police said it was not a random incidence.

KSN will provide more information as it becomes available.