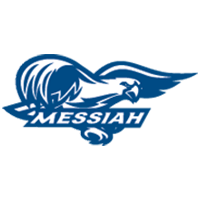 HUNTINGDON, Pa. (October 7, 2022)  – Junior Liz Patterson finished with a team-high eight kills but the Stevens Institute of Technology women’s volleyball team fell to No. 3 Juniata College 3-1 (14-25, 25-18, 11-25, 12-25) Friday night in a non-conference matchup at Memorial Gymnasium as part of the Juniata Invitational.

Senior Ava Smithing finished with three kills and three blocks for the Ducks, who saw their seven-match winning streak come to an end in falling to 14-5 on the year.

Mackenzie Coley and Audrey Muth each finished with a match-high 13 kills to lead Juniata, who won its eighth straight match to improve to 15-1.

After Juniata took the opening set, Stevens turned in its best performance of the match in the second, hitting .243 (11-3-33) to top the Eagles by a 25-18 margin to even the match at one. After the teams battled back and forth through the opening points, a 5-1 run by the Ducks, sparked by a pair of kills and an ace from Patterson, pushed Stevens in front for good. A 6-1 pushed the Ducks’ advantage to 17-10 and the Ducks would go on to score seven of the final 10 points to close out the frame. Patterson registered half of her kills in the set to help the Ducks even the match.

Juniata responded by turning in its best performance in the third set, hitting .400 (13-3-25) in winning the frame. An 8-0 run broke the set open after a kill from junior Elle Maggio and an attack error pulled the Ducks within four (11-7).

The Ducks jumped out to an early lead in the final set taking advantage of three Juniata errors to build a 4-0 lead. The hosting Eagles responded with six straight points to force a Duck timeout and Juniata added one more point to the run after the pause in play to take a 13-7 lead. A double block by Patterson and Smithing helped pull the Ducks within five, but another lengthy led to Juniata closing out the victory.