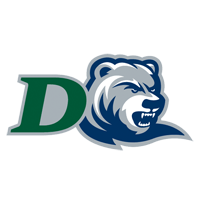 HUNTINGDON, Pa. (October 8, 2022)  – The Stevens Institute of Technology women’s volleyball team split a pair of matches Saturday to wrap up play at the Juniata Invitational.

Sophomore libero Bailey Axelrad averaged 23 digs across three matches (12 sets) and was named to the invitational’s All-Tournament Team. The New Orleans, Louisiana native’s 35 digs against Messiah set a new career-high, but also marked the most by any Duck since 2016. Axelrad moved into the conference lead with 4.80 digs per set.

For the sixth time this season, the Ducks found themselves in a five-set match. The teams split the first four sets, with Stevens claiming the first and third sets and Messiah taking the second and the fourth.

In the third set, the Ducks converted 14 kills on 32 attacks with just three errors (.344 hitting percentage) to post a decisive 25-15 score to take a 2-1 lead in the match. Stevens appeared on the verge of closing out the match in the fourth, when a double-block by junior Meg Dion and sophomore Parker Adkins brought Stevens to match point. However, Messiah reeled off eight straight points to force a deciding fifth set.

After Messiah scored two of the first three points of the set, Lisboa set down passes from first-year Gabbi Roberts and graduate student Kathleen Riegner to put the Ducks in front. Riegner followed with an ace to push the lead to two. Messiah would even the score at five, but a 9-0 run put Stevens in front for good. Junior Liz Patterson closed out the match with her seventh kill. The Ducks improved to 5-1 in five-set contests this season.

Against Mary Washington, the Ducks rebounded from a sluggish first set, finding early success in the second set with Riegner distributing the ball to Patterson, Shannon and junior Elle Maggio as the Ducks took a 6-5 lead. The Eagles reeled off four unanswered points to jump in front, but pulled within one on a Sappia ace and a Maggio kill.

Mary Washington created a six-point cushion with a five-point run, but the resilient Ducks scored five straight points of their own to force a timeout. After the pause in play, Mary Washington scored three of the final four points to claim the set.

In the final set, a service error gave the Ducks an early lead and a 5-1 run handed the Ducks their largest lead of the match. A kill by senior Ava Smithing kept Stevens in front at 15-14, but the Eagles scored the next five points to grab a four-point advantage. Mary Washington closed out the match by scoring four of the final five points.