It feels like it was only yesterday when Shigeru Miyamoto pulled the goomba rug out from under our collective gamer asses with the surprise announcement of the bizarre Hollywood cast of the upcoming Super Mario Bros. movie. While the casting of Chris Pratt in the starring role horrified many, it served as the inspiration for one visual artist to reimagine the Mushroom Kingdom with its own Pratt-as-Mario running amok.

First spotted by Eurogamer, a YouTuber named Re-Imagined Games uploaded a video of the original Super Mario Bros. being remade using the Unreal Engine. To give the trailer a little bit of added validity, Re-Imagined Games used an AI voice bot mimicking the Honest Trailer voice-over guy, John Bailey, to narrate the trailer. If you’re wanting to know how Re-Imagined Games, um, reimagined Super Mario Bros. with Pratt, you’re in luck because their YouTube channel’s only other videos have a behind-the-scenes look into how it came into being. Nintendo, hire this guy indeed.

As far as gameplay is concerned, Re-Imagined Games did a great job reimagining all the bells and whistles that make for a Super Mario Bros. game, albeit with the realistic textures of the Unreal Engine. You’ve got your hyper-realistic giant turtle goombas, your floating mystery boxes, shimmering coins, and the iconic pipe tunnels. The only thing missing is a chimera-esque monstrosity of Jack Black’s body Animorphed into Bowser. Thank god he only exists in the trailer as a sentient yellow block.

Instead of cowering in fear like the rest of us normies, Re-Imagined Games said that they are excited about the upcoming animated film. In fact, the film’s announcement was the impetus for the digital artist to learn how to make video games using Unreal Engine because they really wanted to see what it would look like if Pratt, Charlie Day, Anya Taylor-Joy, Keegan-Michael Key, and Jack Black were wandering about in a realistic Mushroom Kingdom. Respect.

“With zero game development experience, I’m learning unreal engine from scratch and picking up any other skills that I can along the way, in an effort to make this a legitimately great action game,” Re-Imagined Games said in the video’s description.

If you weren’t emotionally scarred from watching this fan-made trailer and think you’ve got enough in the tank for a quick update on the state of the actual trailer for the upcoming Super Mario Bros. movie, prepare yourself. I’ll give you a second to recover though. No one should be subjected to that much Chris Pratt in one sitting. All right, that was long enough. Let’s keep it moving.

Read More: Somebody Tried To Warn Us About Chris Pratt As Mario In 2020

Those fearing the initially planned holiday release of the Super Mario Bros. movie were able to breathe a collective sigh of relief as, back in April, it was delayed to April 2023. However, the film’s delay won’t stop the high probability of us hearing Chris Pratt’s Mario voice utter a single word come the debut of its first official trailer next week at New York Comic Con.

After the Super Mario Bros. casting announcement, a minority of fans jokingly commented on the “Italian erasure” happening due to Pratt’s involvement. Said fears were further stoked after Pratt ominously declared his accent would be “unlike anything you’ve heard in the Mario world before.” Chris Meledandri, CEO of animation studio Illumination, then felt the need to air out that the Hollywood actor’s vocal performance of the iconic character won’t be offensive to those of Italian heritage.

For those of you who won’t be absorbing the upcoming New York Comic Con trailer with the expectation of coming away from experiencing the unbridled spectacle of Prattman as Mario forever changed like Moses descending from Mount Sinai, you can rest assured that we at Kotaku will serve as your security blanket and will scour said trailer for any details you might’ve missed come its release. We blog because we care. 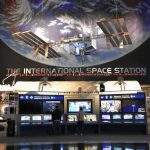