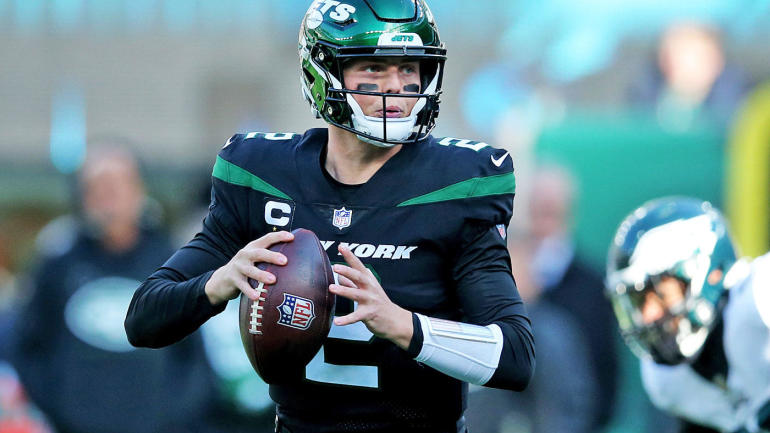 Jets second-year quarterback Zach Wilson departed New York’s preseason opener against the Philadelphia Eagles after suffering a knee injury. With over four minutes to play in the first quarter, Wilson took a first-and-10 snap from New York’s 40-yard line and scrambled out right. As he turned upfield, Wilson tried to make a cut towards the middle of the field to shake loose a would-be tackler and went down awkwardly.

He initially was helped up by a teammate and had a noticeable limp. Wilson was then sent to the locker room for further evaluation and the Jets officially ruled him questionable to return with a knee injury. Wilson did not return to the game, and afterwords, Jets coach Robert Saleh told reporters that Wilson will undergo an MRI on Saturday.

Given that this is merely an exhibition, it wouldn’t be surprising for the team to keep him sidelined for the rest of the game even if he is healthy enough to go. This injury does have some room for concern, however, because it doesn’t appear like Wilson was touched as he went down to the field. And anytime there’s a non-contact injury, it should leave the team holding its breath.

Prior to the injury, Wilson wasn’t off to a hot start. On the Jets’ opening drive of the evening, he threw a poor interception to Eagles linebacker Kyzir White on a pass intended for Corey Davis. Wilson completed three of his five passes for 23 yards and that pick before going down.

The former No. 2 overall pick in the 2021 NFL Draft is entering his sophomore season after a rocky rookie campaign. In 13 games, he completed just 55.6% of his passes for 2,334 yards, nine touchdowns, and 11 interceptions.